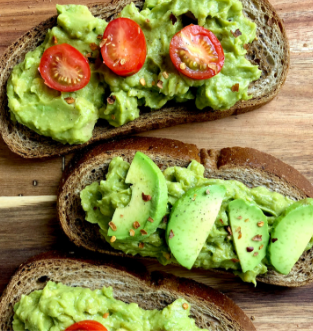 Have your avo on toast and eat it too

Owning a home is by far the most rewarding outcome as an adult. But, have you ever gone out for breakfast and ordered avocado on toast? I mean, it’s practically the same thing. Apparently, this new generation of adults need to pick between going out for avo on toast and owning a home. To that we call BS. Going out for brekkie doesn’t have to break the bank. If you know where to go and what to order, then you can have your avo on toast and home too. And to be honest, rentals are about the same as owning a home these days anyway.

Where Can We Go?

If you don’t want to disrupt your mortgage or rental plans, then on head over to The Steam Engine for avo on toast for only $7.50. Seriously, whoever said we were spending too much on going out for breakfast, doesn’t know about this place. With other options at competitive prices, we can’t understand why more people don’t head out. You can grab a vegan and gluten free chia cup for $5. The same price as some people spend on their morning coffee.

Next on the house hunting list, we have Locomotion. This one is in a higher price bracket but for $10.50, Locomotion add feta and cherry tomatoes. You can even pimp up your avo toast with an egg for $4. Still, $10.50 is nothing is the scheme of things. It can’t even buy you a plant to but in your mortgaged home, so we think you’re safe. If you’re not happy with either of those, we’ve found Caffe Cherry Bean. For $15.80 you can go for a premium smashed avo. With smashed avocado on sourdough with cherry tomatoes, ricotta cheese, basil, balsamic glaze, soaked golden raisins and extra virgin in olive oil. Now, have we not just made your mouth water and your nostrils flare in anticipation to taste this delicacy? For the price of a pebble you could place in your front garden, we still think that 15 bucks on food isn’t going to waste! You can even enjoy the comfort of your bought home with avo on toast with Uber Eats!

Don’t listen to the haters. With these epic avocado on toast finds, you can go out for brekkie and still happily own a home.