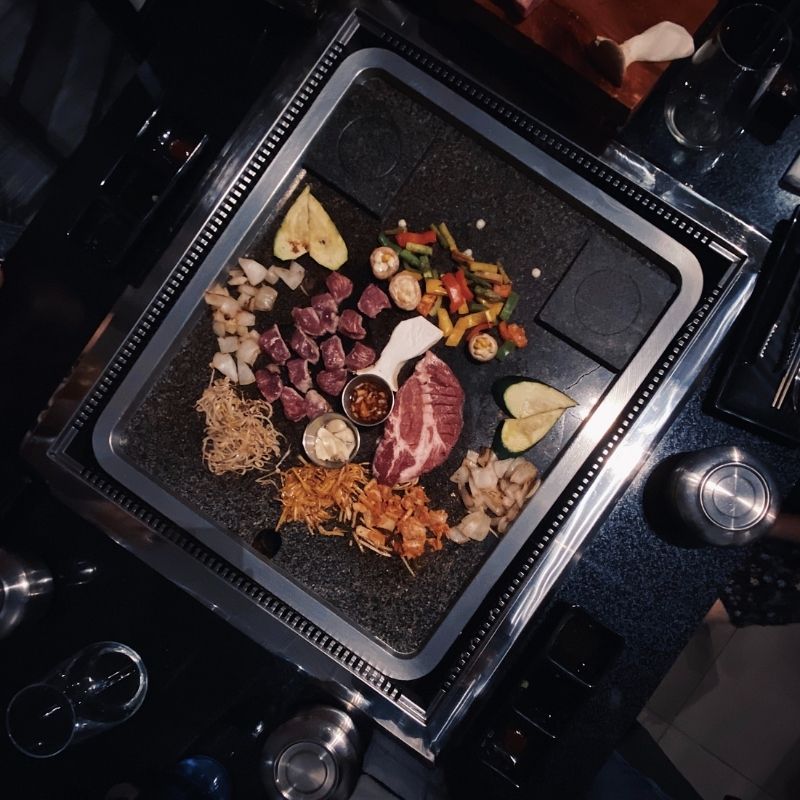 Banchan explained: all you need to know

Look like a pro next time you visit a KBBQ

If you’ve ever been to a Korean BBQ (or KBBQ, for short), one of the best features is the colourful collection of complimentary side dishes that are laid out at every meal.

Known as banchan, these small sides – anything from three to nine, if you’re really lucky – are a key component of Korean cuisine. As well as being a feast for the eyes (and belly!), they provide flavour, harmony and variety with a focus on balancing salty, sweet, sour and umami flavours.

As they are rarely written on the menu, let’s take a look at what is banchan (which literally translates to “side dishes”). And remember, while banchan will usually be replenished if you ask, don’t take advantage of the host’s generosity!

It all starts with kimchi

Although there are thousands of banchan dishes, you’re pretty much guaranteed some kimchi. Known as Korea’s national dish, many Koreans feel a meal isn’t complete without a side serve of kimchi.

There are thought to be 160 variations, but the most common is made from fermented cabbage, radish, carrots and onions mixed in a red paste of garlic, chilli, ginger, sugar and fish sauce. A stuffed cucumber version – known as oi sobagi – is also popular.

Known for its health properties (it’s packed with vitamins, contains probiotics and may reduce inflammation, for starters), kimchi is also used in many other Korean dishes such as kimchi stew (aka kimchi jjigae).

Tell me more about banchan!

Another component of banchan is the namul muchim dishes. Namul means vegetable or root and muchim is the Korean word for season (with flavourings such as salt, sesame oil, vinegar, soybean paste and chilli paste). Banchan that fall under this category include:

Don’t you just love a bit on the side?

Next, we have the jorim dishes. Jorim is a Korean word for boiling down and in jorim banchan dishes, ingredients like meat, fish, tofu and vegetables are simmered in a soy-sauce based broth until the liquid is reduced. Common examples of this are jang jorim (beef) and dubu jorim (spicy braised tofu).

Conversely, the bokkeum dishes are a lot more, er, saucy. Myeolchi bokkeum, aka stir-fried anchovies, is a popular addition to the banchan menu, thanks to its sweet, sticky, savoury and spicy qualities.  And eomuk bokkeum (fishcake) is another favourite.

Last but not least

Other banchan you may be lucky to score include the pancake-style jeon dishes where fish, meat or vegetables are coated in flour and egg and then fried. Gamja jeon (potato pancake) is a winner. And talking of potatoes, a typical banchan selection will often include Korean potato salad (gamja salad) which is like a tangy bowl of mashed potato with hard-boiled egg, cucumber, carrot and red onion.

Where to enjoy banchan in Chatswood

Myung Jang has now opened at District Dining above Chatswood Interchange, serving all your Korean BBQ favourites. If you don’t have time to dine in, Tori Korean Street Food has plenty of delicious options too, including handmade premium fish cakes.