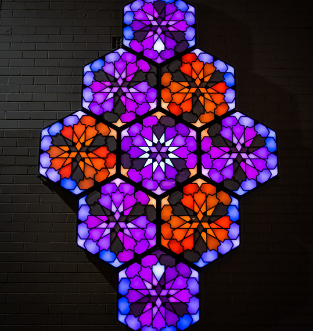 Check the VIVID Sydney lights, then grab a bite!

It’s that time of year again where we get to rug up, grab our friends and family and enjoy the lights at the famous annual Vivid festival! Vivid sprawls out from Sydney’s CBD and extends over to Chatswood, and with this year’s theme being ‘peace, love and harmony’, we don’t want to be adding ‘Hangry’ to that list!

Vivid runs from 5:30pm until 10:30pm each evening, but never fear as there’s no need to rush the spectacular light displays because there are plenty of restaurants open until late so you can take your time wandering and exploring Vivid’s visual delights and then dine when you’re done.

The Crowd Pleaser
Whether you’re after something to snack on or you’re wanting a big feed after taking in all that Vivid has to offer, Cafe Cherry Bean is a sure crown pleaser. From salads, sandwiches and wraps to pastas and burgers, there is something on the menu even for the pickiest eaters. If you’re heading to vivid with the kids, Cafe Cherry Bean has an awesome menu that will delight little tummies too! And, personally we think ‘breakfast for dinner’ sounds like an awesome option if you’re feeling like smashed avo toast or eggs benny before bedtime.

If it’s a warm and comforting dish you’re craving then Chum Tang has you covered. Open until 10pm every night, you’ll warm up in no time with their delicious rice and noodles dishes, soups and curry’s. What better way to warm up on a winters night out and about than a nourishing bowl of Thai curry in a cosy nook away from the hustle and bustle.

The fun doesn’t have to stop after you’ve seen the lights! Grab your friends and head over to General Chao for a delicious dish and boozy beverage, and even have a specially created VIVID entree, dessert and cocktails! Bonus – there’s no need to drive in as it’s directly above Chatswood train station. Treat yourself to one of their designer drinks and keep the fun going after the lights go out!

Perhaps you prefer to graze while gazing at array of the stunning light displays. Rest those tired feet and try something sweet. Passion Tree is the perfect place to get your sweet tooth fix with an array of their delectable desserts that will ignite your inner child. Pancakes and pretty passion soda’s will have your tastebuds dancing with delight just like the lights!