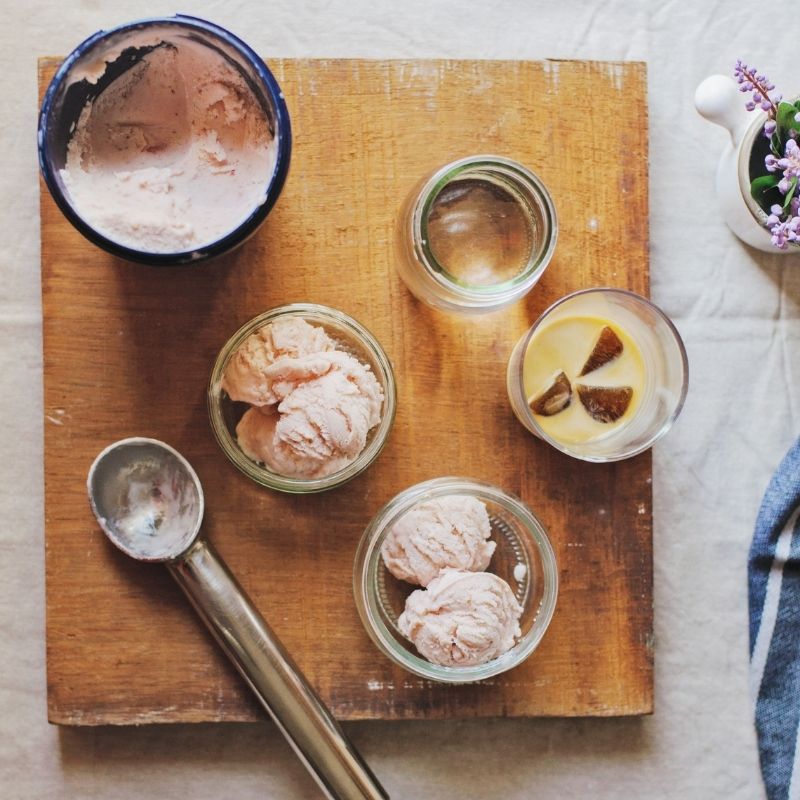 When the weather is hot, we naturally gravitate towards chilled foods to soothe our frazzled nerves. Whether you prefer a cone, cup or something on a stick, you’re spoilt for choice when it comes to frozen treats.

Are you a gelato lover? A fan of frozen yogurt? All about the sorbet? Or maybe traditional ice cream is your cone of choice? But do you know the differences between each? Let’s dig into the deep freeze and take a lick at each.

Gelato translates as ‘ice cream’ in Italian, but it’s actually different. Traditional gelato is lower in fat (specifically milk fat) and also has a denser texture as it is typically churned less than ice cream, so less air is incorporated into the mixture.

Frozen yogurt is so popular it has its own dedicated day – and lucky for you, it’s this month (6 February to be exact), so if that’s not an excuse to treat yo self, we don’t know what is!

Frozen yogurt, or also sometimes called frogurt, has all the creaminess of ice cream but is often a healthier alternative. Yogurt is packed full of good bacteria and the fermentation process means it’s sometimes easier for people to digest. Frozen yogurt is made in the same way as ice cream but uses yogurt in place of milk or cream.

Koomi at Chatswood Interchange dishes up a huge range of frozen yogurt treats, with optional add-ins including purple rice, oats, red beans, boba pearls and more to give your fro-yo texture and contrast. You can also tailor the amount of sugar to your personal preference!

Sorbet is the go-to choice for anyone needing or preferring a dairy-free option. Made of just fruit and sugar, sorbet is usually churned in an ice cream maker to create its smooth, scoopable consistency.

Similar frozen treats include sherbet, which is basically fruit-based sorbet with milk added, and granita, which is a puree of fruit, sugar and water. But unlike sorbet, granita isn’t churned; instead the puree is mixed up with a fork several times during the freezing process to loosen things up and allow flakes to form.

Ice cream is usually made with cream, milk, sugar and flavourings, and can also sometimes use a custard-base incorporating egg yolks for extra richness. It’s usually higher in fat than gelato and is churned to create that creamy, scoopable consistency.

Soft-serve ice cream like the kind you’d get from a Mr Whippy van usually incorporates more air and is served at a slightly higher temperature, but is essentially the same base product. (Side note: did your parents try to tell you that if the music was playing it meant they’d sold out?)

Ice cream comes in a wide range of flavours from chocolate, berries, various nuts and so much more. And of course, there’s an array of choices for topping your ice cream if that’s your glass of sundae!