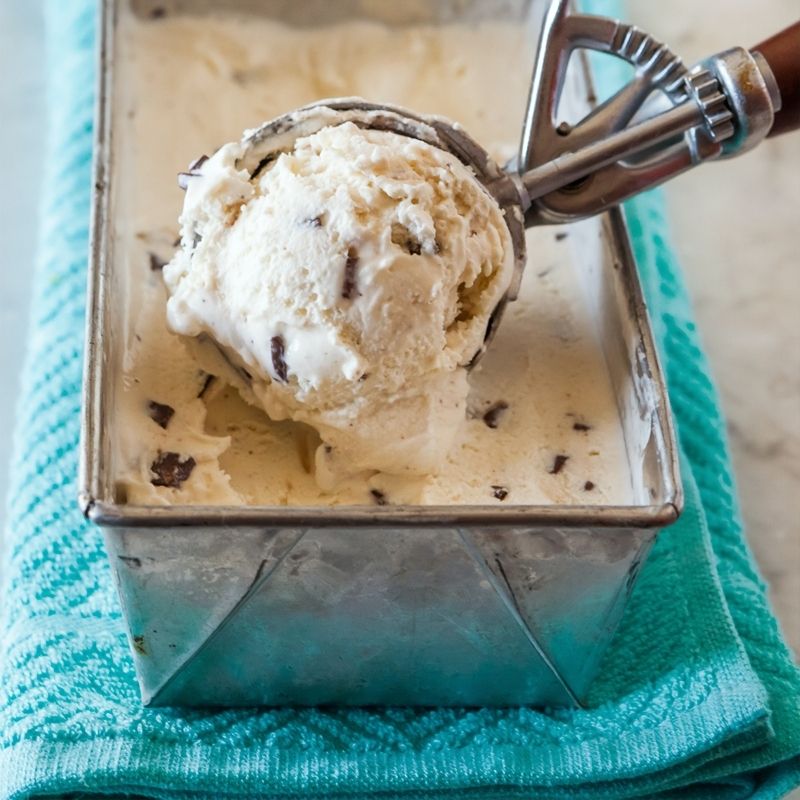 Deep-fried ice-cream? How does that work?

What is deep-fried ice-cream?

Hands up who remembers going to a Chinese restaurant as a kid and excitedly waiting for the deep-fried ice-cream to arrive? Yes, those glorious golden balls were the dessert of dreams, a magical mixture of crunchiness and softness that seemed to defy all logic. How exactly did the ice-cream not melt when they were fried? Let’s find out.

While the dessert has long been associated with Chinese restaurants in Australia, you won’t find it anywhere in China. Some have traced its origins back to the 1893 Chicago World Fair, although others believe it was invented by Japanese tempura restaurants in the 1960s.

Whatever its origins, the dessert’s secret, according to ice-creamery Duo Duo founders Chris Duong and Dylan Duong, is about taking it to the extremes. Which means while the oil needs to be super-hot, the ice-cream should be as cold as, well, ice. The aim is to cook the balls as quickly as possible so they don’t turn into a milkshake.

Another factor is getting the thickness of the crumbed coating right. Too thin and the ice- cream will melt. Too thick and you’ll be left with a cloying mouthful of that coating.

How do I make deep-fried ice-cream at home?

Former MasterChef Australia winner Adam Liaw starts by freezing vanilla ice-cream balls on a baking tray overnight before covering them in a layer of sliced sponge cake. After another stint in the freezer, the balls are dipped in beaten egg and breadcrumbs before, you guessed it, going back in the freezer. He then fries two balls at a time in hot oil for 30 seconds before serving them with caramel sauce.

Fellow MasterChef alumni Marion Grasby’s recipe is similar although she coats her balls with desiccated coconut and serves them with salted coconut butterscotch sauce. Yum. Her tip for nailing the dish is to keep the coated ice-cream in the freezer for at least eight hours and remove them at the very last second before frying.

If that all sounds a bit time-consuming, did you know that you can use an air-fryer to make fried ice-cream in a flash? After a member of the Kmart Air Fryer Recipes Facebook group shared her savvy hack for fried ice-cream, it sent social media into a spin.

According to Lifestyle Food, the recipe involves rolling a scoop of vanilla ice-cream in crushed arrowroot biscuits and desiccated coconut before refreezing it. Then you roll it in egg, milk and vanilla extract, some more of the dry ingredients and then pop it back into the freezer. Finally, you cook it in the Air Fryer for four minutes and voila! The perfect fried ice- cream without the hassle (or so many calories!).