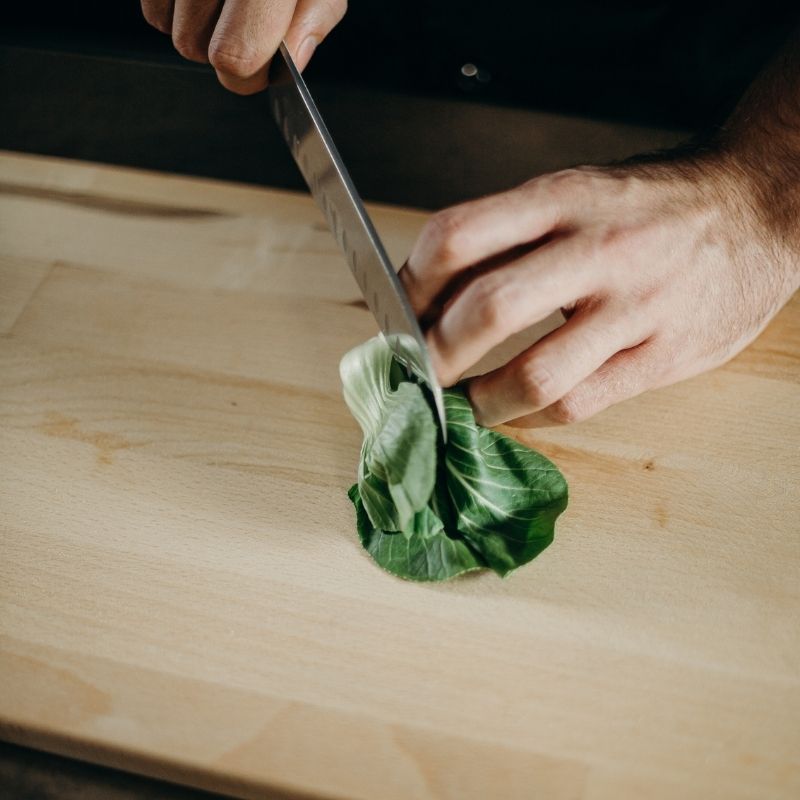 Do you know your bok choy from your gai lan?

Our guide to Asian leafy greens

The range and availability of Asian leafy green vegetables has really exploded in Australia over the past few decades. And here in Sydney, we’re blessed that so many Asian vegetables are grown in market gardens locally. This means that these delicious greens are getting from the farm to your supermarket trolley in hardly any time at all, so you get access to super fresh veggies.

But do you know the differences between these veggies? And are you disappointed that they never taste as good at home as they do at your favourite restaurant? It’s all about knowing the preparation secrets and little tips to bring out the best of each veg (pssstttt – cooking hot and fast, usually blanching or stir frying is typically your friend). Let’s take a look at some of the most widely available Asian veggies!

Also known as: bok choi, Chinese white cabbage
Enjoy it: Steam or saute with garlic and drizzle with oyster sauce

Wombok has a delicate flavour that’s a bit sweeter than common green cabbage. Wombok is best when it’s freshly picked to make the most of its firm, crunchy texture.

Also known as: Chinese cabbage, Napa cabbage, wongbok, hakusai
Enjoy it: Make kimchi or add it to a salad (it’s awesome in a crispy fried noodle salad). It’s also a great addition to soups or mixed with mince in dumpling filling.

Gai lan is related to broccoli and kale. It has white flowers which are also edible.

Also known as: Chinese broccoli, kai lan
Enjoy it: Blanch it and serve with oyster sauce or stir-fry with plenty of ginger and garlic

This member of the mustard family is kind of halfway between spinach and cabbage. It has yellow flowers and should be cooked until just tender. Choy sum has longer, thinner leaves than bok choy. For best results, separate the leaves from the stems before cooking.

Like other radish varieties, daikon has a mild peppery taste. It’s a versatile veggie, that can be eaten raw or cooked.

Also known as: Mooli, moo, lo bok, white radish
Enjoy it: Raw (either by itself or in salads), pickled or in clear broth soups. The leaves can also be eaten and have a somewhat peppery flavour.

Do you have a favourite Asian vegetable?