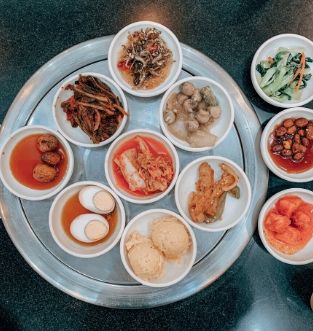 It’s no secret that over the past years we’ve learnt that gut health plays a major role in our overall health and when it comes to foods that love your guts, fermented foods and beverages are where its at! A healthy gastrointestinal tract is super important to human health (it’s the thing that transports food from our mouths to our tums and converts it into absorbent nutrients and stored energy and then finally moves unneeded waste out (yep, we’re walking poop!) Reality check peeps, if we don’t look after ourselves from the inside out, we suffer.

Whether we like the sound of it or not, we have various strains of bacteria constantly moving throughout our bodies (we actually have more bacteria within us than we do cells #mindblown) and it’s the good bacteria we want to keep alive and flourishing as it helps greatly with digestion in turn is essential for maintaining and strengthening our overall physical and mental health.

With this in mind, bacteria has become less of a dirty word (it doesn’t just mean germs and the bad guys) and the good kinds of bacteria are becoming more and more readily available on shelves for easy consumption to ensure the constant bacteria battle within is mostly won by the ones who have your back. Fermented foods and beverages can either help or hinder your health… and we’ve got our top troopers that may aid in positive gut health and help fight those nasties that try and infiltrate our bodies. While there are heaps of fermented foods out there, we’re going to share our favourite three… and the letter of today is…. K.

Kombucha is HUGE in the health world right now and its no surprise why this sparkling spritz has gained huge popularity in the recent years. Kombucha is essentially made by fermented tea, sugar, fungi and bacteria and is said to do everything from enhance energy levels to assist in weight loss. Its delicious and once you get over the fact its made from a ‘Scoby’ (a big mama sized piece of floating bacteria) which stands for ‘Symbiotic Culture Of Bacteria and Yeast, its actually tastes delicious, is now widely available from supermarkets to servos, be sure to give this fermented friend a try.

Kimchi is traditionally a Korean dish (we did mention K was the letter of the day!) and is made by fermenting cabbage. And, before you turn your nose up .. don’t knock it til you try it. Kimchi has long been incorporated in traditional dishes and for good reason. Its low in calories, is a great way to get your daily veggie in (in a more flavoursome and exciting way other than steamed greens) and claims to contain a high amount of health boosting bacteria. And its taste? Think spicy, sour and umami notes. We love it and we reckon you will too.

Kefir, not to be confused with kaffir (which is a type of lime), while its readily available on shelves, it’s a little less in the spotlight than other fermented foods it’s no reason not to give it a try. In short, Kefir is a fermented milk drink, cultured from kefir grains which is said to be rich in calcium, protein and rich in vitamin B. And the taste? It’s a little tart and tangy, a bit sour, somewhat sweet and slightly bubbly. Try using kefir milk when making your next breakfast smoothie. Pop over to Woolworths and get your hands on some fabulous fermented products that your belly will thank you for trying in your next essential shop!