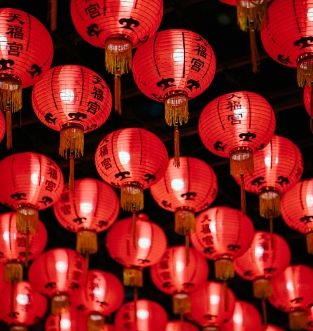 The Chinese Zodiac is rather intriguing and according to legend, had something to do with the worship of animals. A zodiac system has existed in Chinese culture since the Qin dynasty dating back to over 2,000 years ago. Over time these zodiacs became amalgamated into everyday life with the belief system that each animal has different meanings and characteristics assigned to each of them. Just we have our astrology chart with star signs, so is the Chinese Zodiac but with animals. Some believe that the Chinese Zodiac and their associated animals have compatibilities, incompatibilities and play a major roles in decision making, fortune telling, marriage and the like.

While rats tend to be a ‘pest’ within the western world, when it comes to the Chinese Zodiac this is most certainly not the case! According to the Chinese Zodiac, those who are born in the year of the Rat are said to have ‘save and collect’ traits. They rarely have hard times financially and generally live organized lives. Rats don’t seek recognition or praise and simply ‘get the job done’. They’re sensitive to their surroundings and can often sense when trouble is approaching, thus being said when they do take risks, they’re usually successful in their feats.

In Chinese Zodiac folklore, some believe rats (who like to scavenge and steal food) as being ‘wealthy and having spare stashes’. Additionally, due to the rats fast reproduction rate, some even pray to the rat to be able to bare children and for successful and fruitful fertility. Weather you live by the Chinese Zodiac or simply see it as a celebration filled with fun and the curiosity that surrounds these interesting animals and what they stand for, The Year of The Rat is upon us and we’re here to guide you to the best places to celebrate this Chinese tradition!

Chinese new year begins on January 25th in 2020 and ends on February 18th , making this traditional celebration a total of 15 days! There are 7 ‘Lucky’ foods that ought to be consumed over the Chinese New Year period and each food has a special meaning and purpose to bring in the new year ahead.

Fish – an Increase In Prosperity