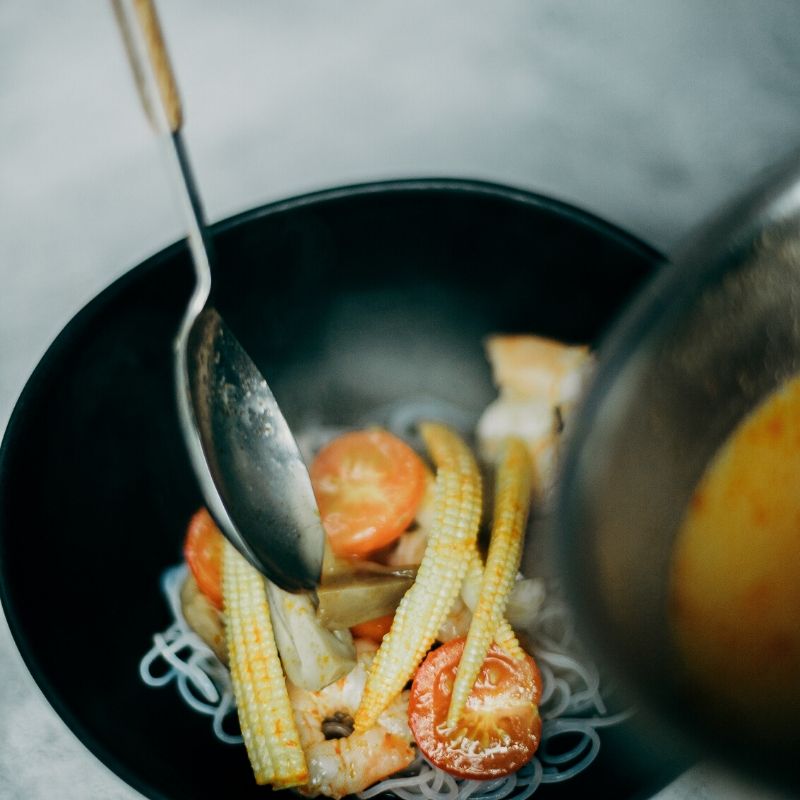 Smells so bad, but tastes so good

Fermented fish. It’s probably not going to be at the top of your list of things that make you go ‘yum’ but fermented fish products like shrimp paste and fish sauce are common ingredients in Asian cuisine. Packed with saltiness and umami, these two ingredients are used to dial up the delicious and add depth to many dishes. Let’s take a look at how shrimp paste and fish sauce are made, and how they are used.

All about shrimp paste

Shrimp paste is made of ground shrimp and salt – that’s it. Very tiny shrimp, like krill, are ground up and mixed with around 15-20% of salt by weight. But once the ground up mixture is fermented for months, it conveys a depth of flavour that belies the simplicity of its components.

Shrimp paste is widely used in Thai, Chinese, Vietnamese, Indonesian and Malaysian cuisine. For example, it is used in curry pastes and stir fries and is an essential component of the Malaysian classic, fish head curry, like the one available at Ya Malaysia at District Dining. Most recipes call for shrimp paste to be warmed first, either toasted wrapped in foil for 5 to
10 minutes in a hot oven, or crumbled and pan fried in oil.

It’s available in the Asian foods aisle of your local supermarket, and is sometimes labelled as ‘belachan’ which is the Malaysian name for shrimp paste. And if you do experiment with shrimp paste in your cooking, remember that a little bit goes a long way and any leftover paste should be tightly wrapped and stored in an airtight container.

Getting funky with fish sauce

It’s the sweet, salty, fishy, funky sauce that fermentation expert Sandor Ellix Katz calls ‘the mother of all condiments.’ Fish sauce is made from small fish like anchovies and covered in salt, then fermented in barrels for months, usually between 6 to 18 months. Bacteria break down the fish, then the resulting liquid is strained off – that’s fish sauce.

Fish sauce is hugely popular in Thai cooking, where its known as ‘nam pla’, and Vietnamese food, where it is called ‘nuoc mam.’ Fish sauce is an essential ingredient in dishes like green papaya salad, larb and numerous stir fries. And of course, pad thai just wouldn’t be the same without fish sauce. Several brands of fish sauce are readily available in Australia, both from supermarkets like Woolworths and Asian grocers.