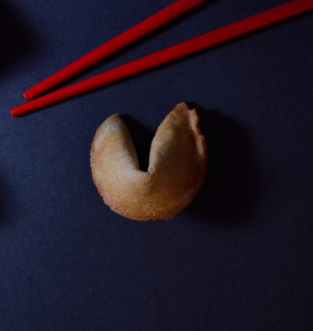 The History Of The Humble Chopstick

Believe it or not, chopsticks are much more than just ‘sticks’ and yet, thankfully they’re much less annoying than the theme song associated with them *plays chopsticks loudly on piano*.

The word chopstick is thought to be derived from Chinese pidgin English “chop chop” meaning quickly which makes total sense as these little sticks allow you to literally inhale noodles in about 3.2 seconds #lifegoals 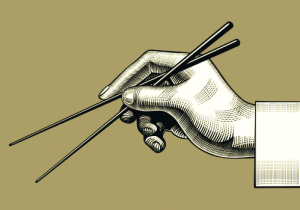 But did you know that chopsticks weren’t actually designed to be used as utensil to eat with. Mind blown right? Yep, turns out chopsticks were first designed to be used to cook with aka. stir, and serve food with, and these genius little tools date back to 1200 B.C. Amazingly these utensils have hardly evolved over time because, well… they’re perfect, practical and like the saying goes…

However, It wasn’t until about 400-500 AD when there was a large population boom in China that forced everyone to utilise their resources in more cost effective way. People started chopping up their food into smaller pieces to stretch ingredients into making more meals and save on cooking fuel, so that’s pretty much how chopsticks became an eating utensil as they’re ideal for bite sized mouthfuls.

Another big part in this chopstick revolution was Confucius who was actually a vegetarian. He believed that using utensils such as knives would remind people of slaughter houses where meat was chopped up (irony right there huh!) and so the humble chopstick became the preferred and most polite utensil to use.

People took their chopsticks pretty seriously back in the day and while commoners used chopsticks mostly made out of bamboo or wood, the wealthy preferred more posh ‘eating sticks’ made from ivory, bronze and silver. It was also believed that silver chopsticks could detect if food has been poisoned, however turns out that was just a myth as we now know while silver can oxidize (tarnish) they most certainly cannot detect poison. One then must wonder how many people ate poisoned dishes trusting in their pretty silver sticks of protection *gasp* ?

Well. There you have it. Chopsticks are still one of the most popular eating utensils around and we think they reign supreme over the knife & fork due to their amazing versatility.

Side note: Never put your trust in a silver chopstick!