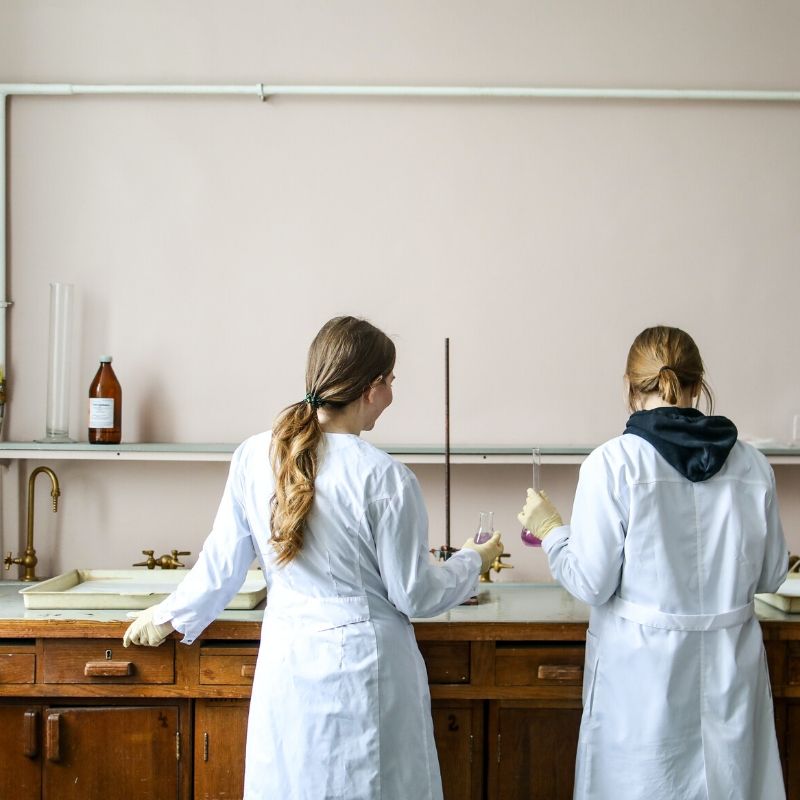 Turn your kitchen into a science laboratory

During this period of isolation and staying home, it can be hard to keep the kids entertained. But something that lots of kids love is science. And the great news is that with what’s already in your cupboards, it can be easy to set up some kids’ kitchen experiments that will be so much fun they won’t even realise they are learning! We’ve put together some easy experiments, plus a couple that are a little bit harder to do with your kids.

What happens if you drop an uncooked egg on the ground? It makes a heck of a mess, right? But what if a raw egg has been soaked in a jar of vinegar for a few days first? By soaking an egg in vinegar, the acid dissolves the calcium carbonate in the shell – this is called ‘decalcification’. After a week, if you drop the egg it won’t smash, but will bounce like a rubber ball. Pretty cool!
For another egg-cellent experiment, you can also try soaking two eggs in two jars of water. But if you add salt to one of the jars, see what difference it makes… (By adding salt, you change the density of the water and the egg in that jar will float rather than sink).

What kid doesn’t love leaving secret messages? A bit of lemon juice is an easy way to make invisible ink for all your treasure map needs. Simply squeeze a lemon then use a paint brush or cotton tip to write or draw on a piece of paper. Once it’s dried, to reveal your message you can either rub over the paper with a crayon or put it in a 200°C oven for about half an hour.

Churning butter sounds like hard work, right? But it’s actually really easy to do at home, with a bit of arm power. Take a clean jar and half fill it with pure cream. Add a pinch of salt, pop the lid on, then burn off some of that “stuck at home energy” with some shaking. After a while, you’ll have a lump start to form and some thin, milky liquid (buttermilk) start to separate. Keep shaking
for about 15 minutes! Then you can take out your lump of what is now butter and squeeze out excess liquid using some paper towel. Spread it on some bread (bonus points if you’ve baked it yourself) and you’ve got a yummy snack.

Ready to take it to the next level? Putting ice cream in a hot oven and having it come out cold still will blow your kids minds! At its core, all cooking is science, and baked ice cream (also known as baked Alaska) is a great way to demonstrate some scientific principles. You’ll need some cookies or cake for a base, ice cream, and to mix up some meringue using egg whites and sugar – try this recipe from Fizzics Education. A quick blast in a hot oven cooks the meringue but insulates the ice cream so it doesn’t melt. Not magic, but even better – science!

Are your little scientists hungry for more?

These ideas are just the beginning. There are so many other cool experiments you can do in the kitchen like making playdough and slime, sprouting seeds, making sherbet, even making your own bath bombs. And of course, just every day cooking can demonstrate loads of scientific principles too. So, get the kids in the kitchen and have some fun.