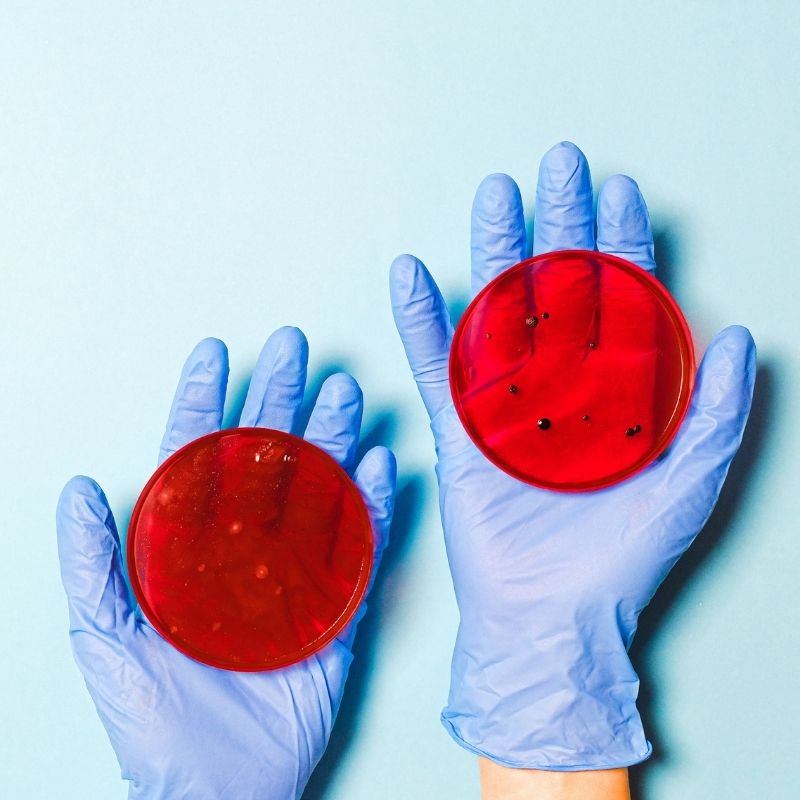 Would you eat something grown in a petri dish?

Just a few years ago the idea of lab-grown meat felt like something out of a science fiction novel. Now as we enter 2021, there’s a growing number of companies across the world investing big bucks in lab-grown meat and it’s something that’s poised to shake up the way we eat.

But of course, such a new development isn’t without its detractors. Let’s break down what lab-grown meat is, what’s driving the growth of this industry, how it’s made, what are some of the concerns that need to be addressed, and when is it likely to go beyond the development lab to becoming an item on supermarket shelves.

OK, so what is lab-grown meat?

Lab-grown meat is just what it says on the tin – meat that is grown in a lab. It’s also known as cultured meat, faux meat and some refer to it as ‘clean meat’ as it doesn’t require the wholesale killing of animals. Most lab-grown meat is made by taking a muscle sample from an animal and extracting stem cells, then multiplying them to create more muscle tissue.

With a growing global population and a rising middle-class in developing economies increasing the demand for meat worldwide, lab-grown meat companies are positioning their product as a way to feed the world with less reliance on animal agriculture. This means less animals needing to be killed as well as associated issues around land and water use to raise animals.

And while lab-grown meat might be seen as a better option for animal welfare, there’s plenty of debate among vegetarians and vegans as to whether or not it’s an ethical option. Some animal tissue is still required, so it’s a different choice to plant-based meat alternatives.

But there’s still a long way to go

One of the biggest factors currently holding back lab-grown meat is the cost. There’s been a massive drop in cost to produce from an eye-watering $300,000 for a burger patty in 2013 down to around $30-40 in 2019, but still a significant cost difference to traditional meat. The expectation of the companies involved is that increased production will result in economies of scale that will drive the price down.

Cost isn’t the only factor holding lab-grown meat back. Another key factor is texture and mouthfeel, with companies experimenting with options like 3D printing to create the same kind of cuts as are expected with traditional meats.

And of course, lab-grown meat needs regulatory approval to prove that it is safe to eat. A big leap forward happened in December 2020 when Singapore approved the sale of lab-grown chicken nuggets, the world’s first regulatory approval for lab-grown meat. However detractors remain, with some agricultural lobby groups are arguing that it should not be labelled as meat, but as a different product.

Are consumers ready for lab-grown meat?

Finally, one of the biggest questions is will people embrace lab-grown meat? A recent study by the University of Sydney and Curtin University earlier this year found that Generation Z (those born between 1995 to 2015) aren’t racing to put lab-grown meat on their plates. While many of the respondents could see lab-grown meat as a viable nutrition source that’s more sustainable and better for animal welfare, only 28% were ready to accept lab-grown meat.

Here at Chatsfood, we’re willing to give most foods a go, so we’re watching the developments in lab-grown meats with interest. It’s certainly an interesting area that could make a massive difference to feeding a growing global population. We’d love to know what you think.