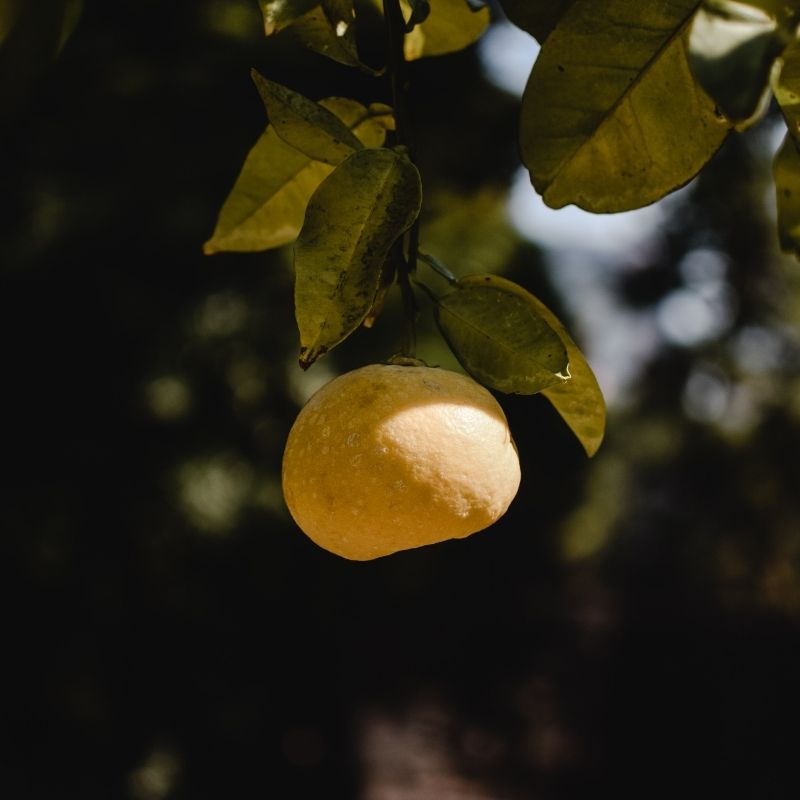 Yuzu? Why is this sour fruit so popular?

What is a yuzu?

It may sound like an obscure musical instrument or an experimental folk duo from Melbourne but yuzu is actually a much-coveted citrus fruit. Originating in China over 1000 years ago, it’s now common in Japanese and Korean cuisine.

Looking like a small, misshapen grapefruit – a typical Yuzu has a diameter of 5.5 cms to 7.5 cms – a yuzu tastes like the lovechild of a lemon and a mandarin with a bit of lime thrown in for good measure.

And, while the fruit itself is usually too tart to eat, the yuzu’s rind, juice and seeds are highly sought-after ingredients in everything from marinades and dressings to drinks and desserts.

Yuzu also has a starring role in Japanese tradition. On December 22 or Touji (as it’s known in Japan) many Japanese will mark the winter solstice by having a steaming bath filled with yuzu. The custom dates from ancient times when it was thought the fruit’s strong smell would ward off evil spirits.

Is Yuzu good for me?

Yuzu is a highly nutritious little sucker. Low in calories, it’s also a great source of:

Yuzu contains powerful plant compounds like carotenoids, flavonoids, and limonoids, which act as antioxidants in the body and may help reduce inflammation, fight cancer cells and improve heart health.

Can I buy yuzu in Australia?

As there are only a few yuzu growers in Australia and the season is fairly short (anywhere from February to July, depending on where the grower is situated), you’ll have to move fast to get your mitts on some. Also, be prepared to pay as yuzu can cost from $20 to $30 a kilo.

The first commercial yuzu grower in Australia was Gerard “Buck” Buchanan, who started growing yuzus more than 20 years ago at his 350-acre bush tucker and exotic fruit farm near the NSW/Queensland border. He now sells directly to markets and Japanese restaurants in both states.

Further south, Jane and Brian Casey run Mountain Yuzu from their 20-acre farm near Mt Buffalo in Victoria’s High Country and, like Buck’s Farm, sell directly to the public.

How do I use yuzu?

With fresh yuzu in limited supply, bottled yuzu juice, powder, vinegar and paste are your best substitute. Remember the flavour is strong, so a little goes a long way.

Former MasterChef winner Adam Liaw (who loves the flavour so much he has his own yuzu tree in his backyard) likes to use it to make a Japanese condiment called Yuzu Kosho, which pairs well with scallops, pork or chicken.

Why not also consider?

Where can I buy yuzu around Chatswood?

Head to Asian grocers, such as Asian City or grab some yuzu sauce from Woolies (there’s a Woolworths Metro at Chatswood Interchange). And if all this talk of Japan has given you a hankering for Japanese food, why not head to Makoto Bento or Akira Sushi?